The heart of the city beats to the rhythm of its traditions. Religious festivals that have shaped the city's unique way of doing things and how it presents itself to the world. Patron saints like Eulàlia and La Mercè, who are the pride of local residents, come together in religious processions that are a riot of colours and celebrations which bring the city's most beautiful courtyards into the spotlight. A unique opportunity to lose yourself in the city's streets and let yourself be transported by the rhythm of the music and the strength of a spirituality that is still very much alive. A city that looks at its past without losing sight of the future. 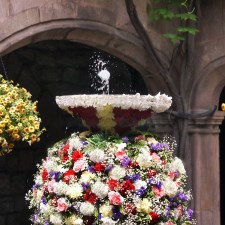 One of Barcelona's home-grown traditions commemorates the celebration of the Christian Eucharist with a symbolic egg that "dances" on the jets of fountains in some of the city's most beautiful Gothic courtyards and squares. A beautiful and bewitching tradition you simply can't miss. 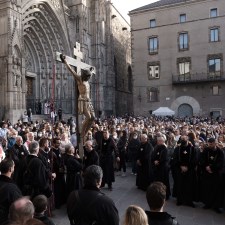 One of the most important traditions on the Christian calendar remembers Christ's final days on Earth. In Barcelona, in addition to the religious services at the city's churches and street processions, people enjoy traditional sweet treats, like Lenten fritters, bunyols de Quaresma, and cakes topped with chocolate sculptures, Mones de Pasqua. 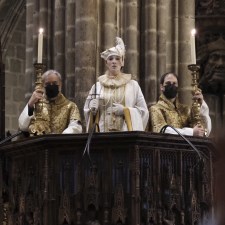 These are two of the most emotional religious traditions you can see. Midnight mass, known as the Missa del Gall in Catalan, takes place at midnight on Christmas Eve and celebrates the birth of Christ. Before mass is said, there is a performance of the Song of the Sybil, or Cant de la Sibil·la, a play accompanied by a Gregorian chant that is held in the city's main places of worship, including the cathedral and Santa Maria del Mar. 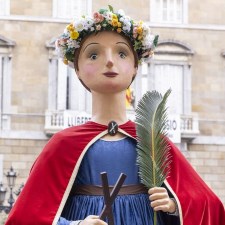 She is the co-patron saint of Barcelona, along with Our Lady of Mercy, La Mercè. In the Roman era (3rd-4th centuries BC), during the persecution of the Christians, the 13-year-old girl refused to renounce her Christian faith and was subjected to many types of torture. The city remembers her and her bravery every year on 12th February during the city's main winter festival. 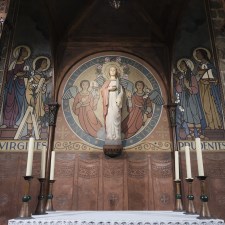 The devotion to Saint Lucy, the patron saint of the blind, is deeply rooted in Barcelona. Her feast day falls on 13th December. There is a small Romanesque chapel dedicated to the saint on the side of the cathedral. One of Europe's oldest Christmas markets, the Fira de Santa Llúcia, is held in November and December in front of the cathedral. 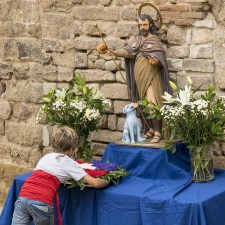 According to tradition, Saint Roch intervened to stop the plague spreading to Barcelona. As a sign of gratitude, the city holds a festival as a tribute on 16th August. First held in 1589, it is the oldest celebration in Barcelona and currently takes place in the Plaça de la Catedral. 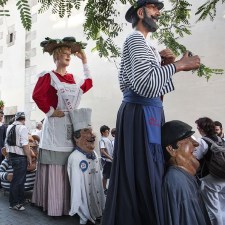 Our Lady of Mercy, La Mercè, is Barcelona's co-patron saint, along with Saint Eulàlia. Her feast day falls on 24th September and is one of Barcelona's most important celebrations. It is held as a sign of gratitude for her intervention in ridding the city of a plague of locusts in the 17th century. 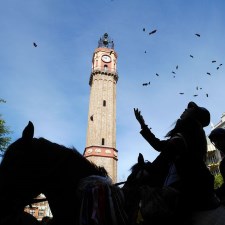 Every 3rd March, people go on a pilgrimage to the Romanesque chapel on the Collserola ridge built in honour of Medir, a humble peasant who became a saint. And the Festa de Sant Medir also commemorates him, with a big procession of musicians, floats, lorries and horses through the main streets of the district of Gràcia. The people taking part in the procession throw sweets to the crowds. 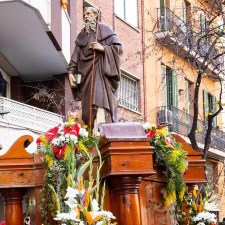 Barcelona celebrates the feast day of the protector of animals, Saint Anthony the Abbot, every year on or around 17th January. Sant Antoni, the neighbourhood named after the saint, is one of the most enthusiastic participants. It holds a procession of horses and mules pulling traditional carriages, which make this unique procession an important event for young and old alike.