Visit BCN / Barcelona is an innovative culture and science lab. We'll tell you about some of the places to explore

Barcelona is an innovative culture and science lab. We'll tell you about some of the places to explore

Barcelona is synonymous with innovation. Did you know the first photograph in Spain was taken in the city, in 1839? It was also the first city to have a radio station making test broadcasts and a pioneer in building a railway. Barcelona is a city known for its great ability to innovate, create and adapt, and challenges us to think and connect knowledge. Come with us on this knowledge trail through an amazing Barcelona full of science, technology and culture! 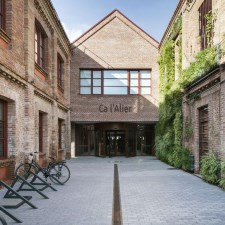 Poblenou: the architectural charm of Barcelona's industrial past

The industrial revolution in Catalonia in the 19th century and the growth of the textile industry, led to the building of many factories in the Poblenou district, which became known as the "Catalan Manchester". In recent years, these industrial buildings have been transformed into unique spaces. One example is Ca l'Alier, a former textile mill, now repurposed as an urban innovation platform and one of the points of interest on the Industrial Relics Trail. 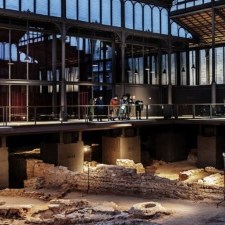 The former Born Market: centre for culture and memory

Find out how the people of Barcelona lived in the 17th century by visiting the archaeological site at the Born Centre de Cultura i Memòria. It is one of the largest archaeological sites of its kind in Europe and traces the history of Barcelona from Roman times to the beginning of the 18th century. A vast, well-preserved space with historic documents that make it truly unique and outstanding. 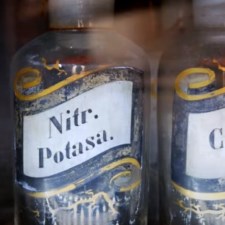 If you like losing yourself among narrow, unusual streets, we suggest you explore the Raval district and the medieval hospital, the Hospital de la Santa Creu. This 15th-century Gothic building is the home of the Reial Acadèmia de Farmàcia and Europe's oldest pharmacy.
The dispensary in the old pharmacy still has its original furnishings and a collection of 162 apothecary jars from different periods and forty-four 18th-century wooden boxes with lavish decorations, which were used to store herbal medicines. 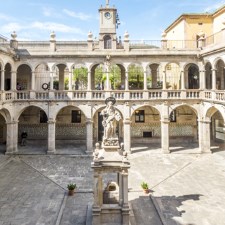 Our Barcelona Science Trail invites you to discover Creu Casas, the most important Catalan pharmacist and biologist of the 20th century. Since 2007, the Institut d'Estudis Catalans have awarded a prize that bears her name and recognises the work of women in science.
Don't miss the opportunity to visit the Casa de Convalescència inside the complex of the former Hospital de la Santa Creu i Santa Pau, the historic and current headquarters of the Institut d'Estudis Catalans and a magnificent 17th-century building where patients from the hospital could convalesce. 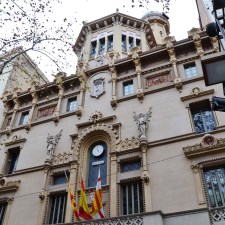 Did you know Einstein spent a few days in Barcelona?

Right in the centre of Barcelona, you can visit the Reial Acadèmia de Ciències i Arts de Barcelona. On 27th February 1923, the Nobel physics laureate Albert Einstein gave a talk about his famous theory of relativity in the spectacular lecture hall. The library contains more than 100,000 books on science in the second half of the 18th century and is one of the most important in Spain.

If you go on the Einstein Trail you'll be able to visit the other key places and find out about his historic visit to Barcelona.