Bohigas, Bofill and Barcelona: contemporary architecture starts with a B

Barcelona's architectural heritage is usually associated with modernism and the iconic Gaudí, but you only have to take a walk through the city to discover the buildings and infrastructure that make this city a benchmark in contemporary architecture. During the second half of the 20th century, Barcelona experienced the greatest urban expansion in its history. This culminated with the city's nomination as the site for the 1992 Olympic Games, which led to a transformation that made it a world-class model.

Some of the most important international names in modern architecture have left their mark in Barcelona: from Isozaki's Palau Sant Jordi to Foster's Collserola Tower, through Calatrava's Telefónica Tower, Herzog and de Meuron's Fòrum building, to Nouvel's Glòries tower. But the most important and valuable contribution to this architectural style has undoubtedly been made by two key figures: Ricardo Bofill and Oriol Bohigas. These two architectural geniuses from Barcelona dedicated their talents to improving Barcelona and transforming it into what it is today: a city that does not renounce its Roman, medieval and modernist traditions, but which knows how to create spaces with globalized trends. Both have recently left us but their legacy lives on in the streets of their city. 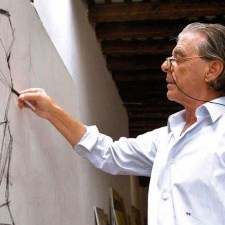 Born in 1939 in Barcelona, this visionary architect graduated from the Schools of Barcelona and Geneva, and in 1963 founded the Taller de Arquitectura, a multidisciplinary team comprising engineers, urban planners, sociologists, writers, film directors and philosophers with the aim of addressing the complexity of architecture. Bofill was distinguished as an honorary member of several international architectural associations and throughout his career he won multiple awards, including that of the City of Barcelona in 1980; the A.S.I.D. (American Society of Interior Design) in 1978; the Tokyo Architecture Award 2002 from the Tokyo Association of Architectural Firms, and others. In 2000, Bofill consolidated his activity in Spain by setting up shop in a former cement factory on the outskirts of Barcelona. The spirit of his Taller de Arquitectura continues to contribute to the new "integrated urbanism" through international projects such as the Place de l'Europe in Luxembourg, the extension of La Castellana in Madrid, and the Central Artery in Boston. He also designed countless works abroad, such as the United Airlines skyscraper in Chicago, the luxurious Shisheido skyscraper in Japan, the monumental Antigone neighborhood in Montpelier, and the Pa Soder complex in Stockholm.

But Bofill's chameleon-like style can be seen in infinite examples in Barcelona and its surroundings: from cultural, sports and commercial facilities to social and luxury housing to office buildings, transport infrastructure and the headquarters of major companies. Bofill's taste for reinterpreting classical forms can be seen in the National Institute of Physical Education (INEFC) building (1990), as well as the majestic Parthenon-shaped Teatre Nacional de Catalunya (1996). One of his most significant works is the 1975 Walden building in Sant Just Desvern, considered an architectural manifesto in itself, anticipating the way of life and coexistence of the 21st century. Bofill was also in charge of the two extensions to Barcelona airport, T2 (1991) and T1 (2010). He changed Barcelona's skyline with the iconic W Hotel building, spectacularly connected to the Mediterranean Sea thanks to its sail-like shape. His last contribution to his city was the UPC Nexus II office building, designed to boost the technological relationship between companies and the university. 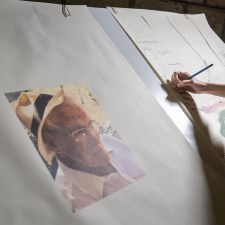 Oriol Bohigas' links with his city, Barcelona, were intense and close. In addition to being an architect and urban planner, he was a professor and urban planning delegate in the first municipal government of the democracy. Thanks to his efforts, the city recovered its maritime façade after decades of living with its back to the sea, and also implemented important actions in the periphery that dignified the neighborhoods and provided them with infrastructures and facilities. Born in 1925, along with other architects, in 1951 he founded Grupo R, aimed at reviving the spirit of modern architecture. Together with Josep Maria Martorell, in parallel he founded the Martorell-Bohigas studio, which in 1962 was expanded with the incorporation of David Mackay. The studio was renamed MBM and embarked on a multitude of projects all over the world. Over the course of his career he received several prestigious awards, including the Creu de Sant Jordi from the Generalitat de Catalunya (1991), the Premio Nacional de Cultura (2011), the Medalla d'Or from the Generalitat de Catalunya (2013) and the Medalla d'Or de Barcelona (2018).

Bohigas' mark can be found all over the city; countless residential buildings and amenities such as schools, churches, office buildings and museums are part of his legacy. In 1980, Bohigas was the driving force behind the reconstruction of the Mies Van der Rohe pavilion after its dismantling in 1930. Between 1981 and 1987, the MBM studio started work on the Parc de la Creueta del Coll, a park integrated into the urban landscape that includes a two-level lake. Between 1985 and 1991, the studio tackled the creation of the Port Olímpic, which became a new activity hub for the city's residents. Also near the sea, between 1988 and 1992 they designed the Parc del Litoral, a green strip almost 2 km long, as well as the municipal sailing school (1989-1991), a unique building with which Bohigas was able to take advantage of the formal structures in the port. Also from that period (1989-1993) is the Palau Nou de la Rambla, a building in the heart of Barcelona that blends perfectly with its architectural surroundings.

Between 1995 and 2001, Bohigas rehabilitated a former military barracks and converted it into the Ciutadella Campus of Pompeu Fabra University, and between 2005-2007 he built the central Mossos d'Esquadra police station, two modular buildings with photovoltaic panels. The office building of the RBA publishing house (2008-2011), in the 22@ district, also by Bohigas, is characterized by its chameleon-like facades. Nearby, the design museum, Disseny Hub Barcelona, built between 2008 and 2011, is a clear example of how architecture mimics urbanism. The remodeling of the Liceu subway station in 2009 filled it with light and brought the urban environment to the subway space.

In short, the map of the city is dotted with countless sites where these two great masters have left their legacy and transformed their beloved city, Barcelona, with their visionary talent.